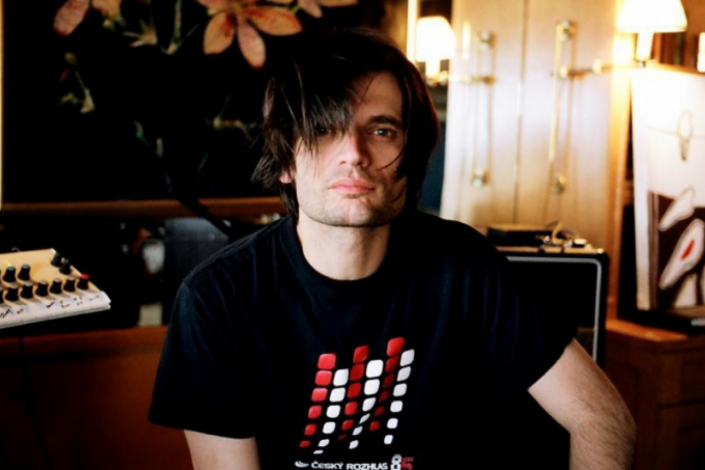 A Q&A with Radiohead’s Jonny Greenwood

Ahead of our Feb 21, 2021 concert New & Classic Works for Strings, composer and Radiohead musician Jonny Greenwood agreed to answer some questions from our musicians about his craft and his 2005 work Popcorn Superhet Receiver.

A Popcorn superhet receiver is a kind of radio. I remember long car journeys as a kid where, after exhausting the same 3 cassettes for hours, the music would be stopped—but I found that if I listened hard enough to the engine noise, I could still hear the songs playing. This is about that feeling of swimming through that noise until your mind makes music for you.

First, I just want to say thank you for taking the time to answer our questions and to connect with us musicians. To say it is a dream come true to play one of your works is an understatement, your music has shaped my life more profoundly than any other artist or composer and it is truly the reason I am a musician today.

My question for you is this: Since you have made a career out of blending different musical genres to create something totally new and different, how do you decide what becomes a Radiohead song and what becomes an orchestral piece? In other words, where is the musical line drawn, or is there a line at all? Do your orchestral works live in the same creative space that a Radiohead song does, or do you view them as two separate entities?

P.S. If you need a double bass player for Radiohead LP10 or even a studio version of “The Daily Mail” I’d be honored!
–Kaden Henderson, TŌN bassist

Thanks – that’s very kind of you to say! Well . . . I suppose tonal ideas are usually more suited to Radiohead. Though that’s become less and less true as we’ve progressed. I know we are increasingly bored / frustrated with the same tonalities. I would hope they’d come together somehow.

You’ve scored many films directed by Paul Thomas Anderson. Are there any other directors in particular that you would like to work with someday? I was also wondering what your favorite film scores from the past decade are.

P.S. The score to Phantom Thread is amazing and “House of Woodcock” is a really special track.
–Sean Flynn, TŌN violist

I don’t imagine there are better directors to work for than PTA and Lynne Ramsay—though I’m currently in the middle of scoring films for Jane Campion and Pablo Larraín, and they’re both really open-minded and collaborative in the best way. So, I’m very lucky indeed. It’s so helpful having a solid reason to write music that involves a) someone else’s opinions, and b) a nice crunchy deadline.

Best score in the last 10 years? The score to Midsommar was very underrated. Not least because I love recorders.

Have you ever considered writing music for a solo instrument?  Perhaps a concerto or just a true solo piece for any instrument?
–Tristen Jarvis, TŌN bassist

A flute player with mutual friends asked me (and lots of composers) to write her a piece that had to be played in one breath, so she got lots of tiny pieces. That was a lovely idea—shame I didn’t get round to it yet. But I must—thanks for the reminder.

I greatly admire the originality and experimental nature of your music. Do you have any advice for other musicians who are trying to experiment with new techniques and sounds? How do you personally know when you have found something that you want to use in your music?
–Bram Margoles, TŌN violinist

I like complexity in sound—and find it more and more interesting when that complexity comes from human effort rather than software. Having said that, I’m sure you guys already study Max/MSP / supercollider-type software, which is great for experimenting. I also think manuscript and access to good musicians is equally inspiring—in a way, it’s all the ways of making music between those two extremes that I find uninspiring. I’m not sure how to advise you. I guess I’d say this: whatever you write, have a performance in mind, and think about those five minutes (or whatever) you’re going to occupy. And then start experimenting. An interesting sound / texture / rhythm is great, but it’s good to keep the frame of the performance around it. I get frustrated with how much great electronic music is a few minutes of fascinating rhythms ruined with a handful of cautiously sustained, very conventional chords over the top. Anyway—I’m just ranting now. And probably guilty of doing the same . . . .