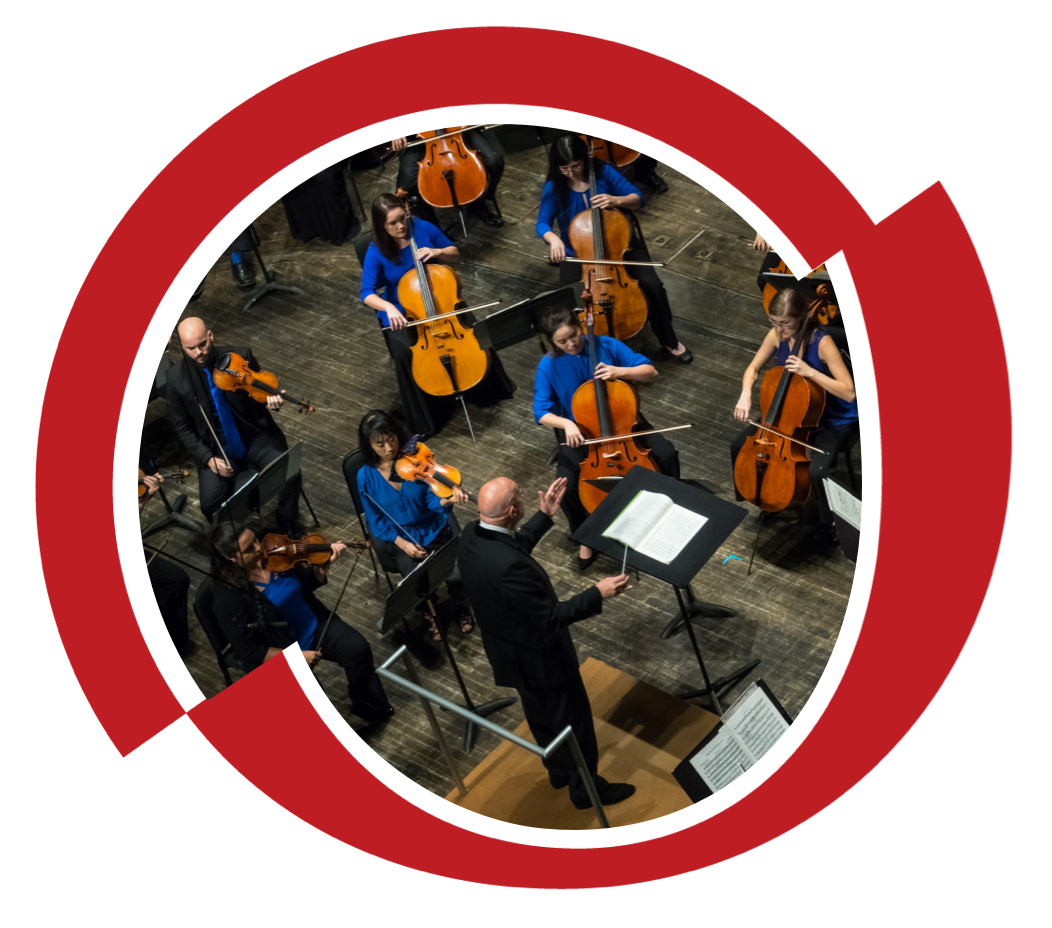 James Bagwell is a noted conductor of both orchestras and choruses. He has been choral director of the Bard Festival Chorale since 2003, and is principal guest conductor of the American Symphony Orchestra. He has been director of The Collegiate Chorale and The Dessoff Choirs. He regularly performs in the Cincinnati May Festival and guest conducts regularly throughout the country. Since 2002 he has been on the music faculty of Bard College and has taught at the Bard College Conservatory of Music.

Jindong Cai is the director of the US-China Music Institute and a professor of music at the Bard College Conservatory of Music. Prior to joining Bard he was a professor of performance at Stanford University. Over the 30 years of his career in the United States, Maestro Cai has established himself as an active and dynamic conductor, scholar of Western classical music in China, and leading advocate of music from across Asia. He is a three-time recipient of the ASCAP Award for Adventurous Programming of Contemporary Music.

Zachary Schwartzman has conducted throughout the United States and in such countries as Brazil, England, and Bosnia. He is the music director of Blue Hill Troupe, and has been assistant conductor at the American Symphony Orchestra and the Bard Music Festival since 2012. He was formerly house conductor of The Gilmmerglass Festival, and was assistant conductor at Deutsche Oper Berlin and Opera Atelier, among others.

Erica Kiesewetter is a graduate of The Juilliard School, where she studied with Ivan Galamian. She has been Concertmaster of the American Symphony Orchestra, Northeastern Pennsylvania Philharmonic, Opera Orchestra of New York, New York Pops, Stamford Symphony, Long Island Philharmonic, and Amici New York. She has toured internationally and recorded with the Orpheus Chamber Orchestra. She has been Visiting Associate Professor of Music and Director of Orchestral Studies at Bard College since 2010.

Keisuke Ikuma is an oboe and english horn player in the New York metropolitan area. He is a member of Orchestra Lumos and has played with the New York Philharmonic, Metropolitan Opera, Orpheus Chamber Orchestra, Orchestre National de France, Mariinsky Theatre Orchestra, Hong Kong Philharmonic Orchestra, and New Japan Philharmonic, among others. He is a woodwind faculty member at Bard Conservatory, and received his B.M. from the Manhattan School of Music.